I recently attended my daughter's middle school choir concert and was awed by the talented students I heard. Of course my favorite part of the evening was my 7th grade daughter's solo (I may be a bit biased, but she was fantastic!), but there were 2 other girls I know from my church who sang in duets that were beautifully done. I thought I would make them each a card to let them know how "spectacular" they were!

A few months ago Faith Skrdla at From the Heart Stamps did a promotion where she offered four exclusive sets (including the precolored images) to anyone who donated to her daughter's hockey team. This Birdbrain digi was one of the wonderful sets, and I've used Faith's fun precolored version for my card. The matching sentiment is from this same set.
Using my Silhouette Design Studio software, I sized up the digi and sentiment and used a banner cut file around them before doing a print and cut. I also used a "Lookin' Good" cut file (sorry I don't remember where this came from, but if anyone recognizes it, please leave me a note in the comments so I can give credit). Instead of cutting it out, though, I filled it in with purple, turned off the cut lines and made a pattern with it for my background paper. After printing it out, I cut it with a die from Spellbinders Grand Large Labels set. I also made a top-hinge card base with the biggest die from this set.
I adhered both layers to the base of the card with foam squares for dimension and added some baker's twine, 4 purple gems, and 2 pairs of glasses cut out with my Silhouette for embellishments. 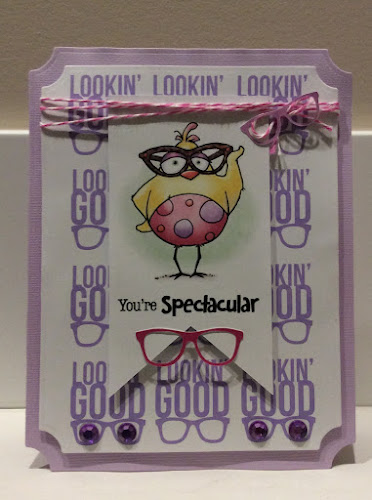 I'm entering this card in the following challenges:
From the Heart Stamps I {heart} sketches with a tWist #130
http://fromtheheartstamps.com/community/2015/12/07/i-heart-card-sketches-w-a-twist-130/ 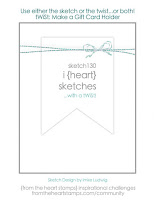 Posted with Blogsy
Posted by Unknown at 6:25 AM

Come play with us at The Outlawz Thursday Challenge!

Come and Get It Challenges

Craft for the Craic Top 3 Pick 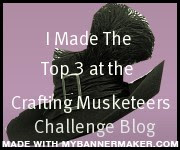 Cute As A Button Top 3 Pick

Imagine That Top Pick for November

One Stitch At A Time

One Stitch At a Time November Top 3 Pick

Pile it On Challenge Top 3 Pick

Scrap It With a Song

Send A Smile For Kids 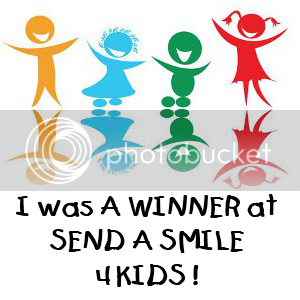 Through the Craft Room Door Top 3

Tuesday Color Challenge at The Outlawz